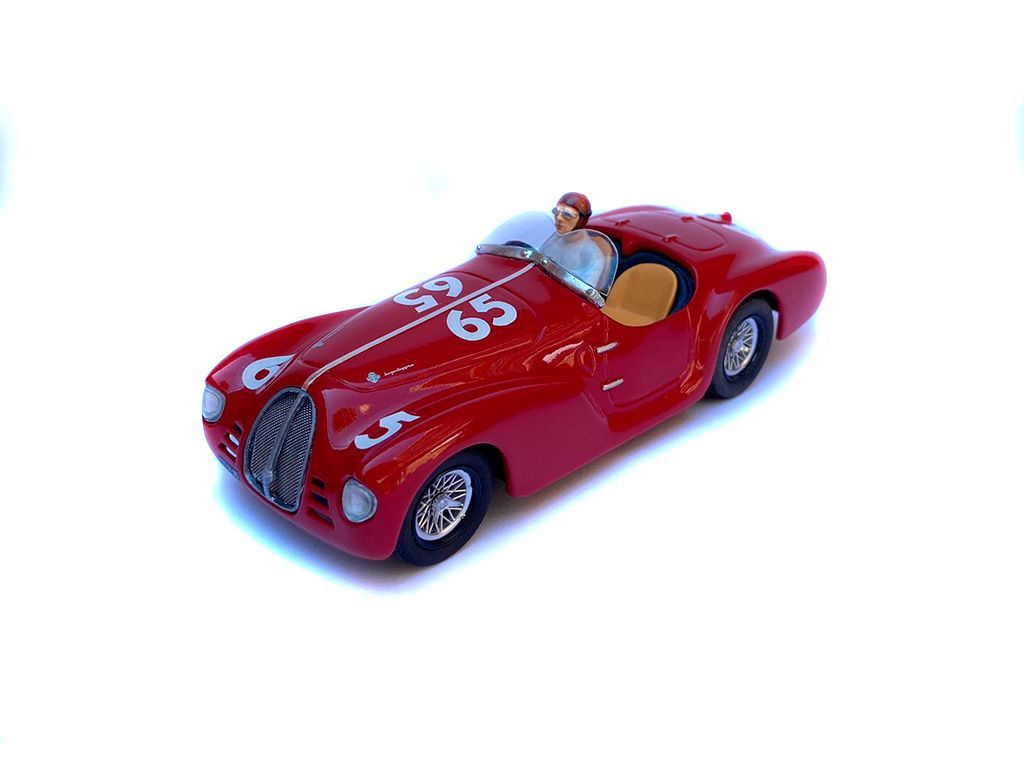 In 1939 Enzo Ferrari left Alfa Romeo due to the decline of his influence as head of competition projects and returned to Modena, firmly convinced of his ideas. However, the restrictions of the contract with Alfa Romeo made it impossible for Enzo to use his own name for four years in case of departure, thus Auto Avio Costruzioni appeared, a company specialized in the production of mechanical components for automobiles and airplanes in the old facilities of the Scuderia on Trento e Trieste street.

The 815 was born with a Carrozzeria Touring design made of aluminum-magnesium alloy panels, and a chassis and a 1.5-liter 8-cylinder engine of Fiat origin that still amazes engineers today, the result of joining two 4-cylinder engines from the popular Fiat Balilla, it got 72 horsepower with a weight of 625 kg, capable of propelling the vehicle up to 175 km / h.

They were entered in the 1940 Mille Miglia, leading their category, with a meritorious tenth overall position and the fastest lap, until they were abandoned due to mechanical problems with one lap remaining, but Ferrari had shown everyone what he already knew, he could build a competitive racing car with only himself and his trusted team. Unfortunately the war interrupted all activity linked to the competition. The unit piloted by Alberto Ascari was the first reference reproduced by Modelant. Now on our tenth anniversary we reproduce the Coda Lunga version piloted by the Marquis of Modena Lotario Rangoni.