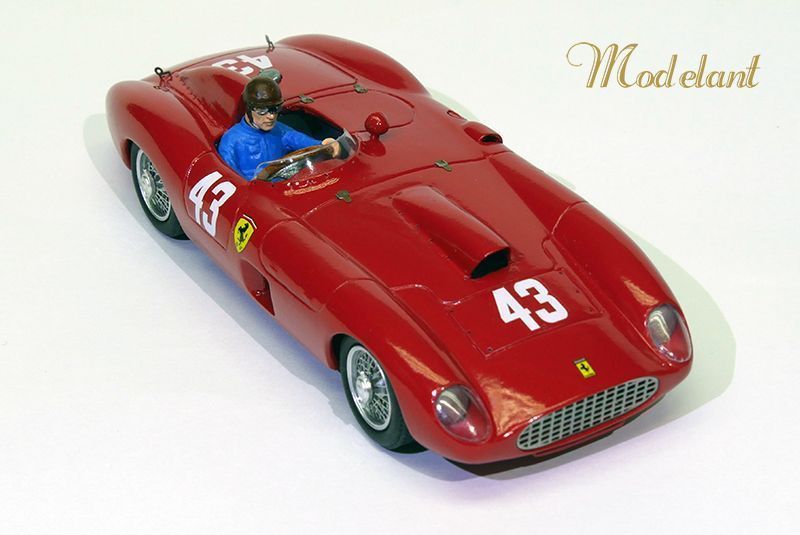 On January 29, 1956 Juan Manuel Fangio teaming up with Eugenio Castellotti
raced in the 1000 kms of Buenos Aires, starring in an epic ascend in a
race that they probably would havewon if it weren’t for the problems of
transmission caused by a Castellotti runway exit when dodging a dog that crossed
the semi-urban circuit and that made them lose an hour and a half with the repair.

The Ferrari 410 S was fitted with a 380 hp V12 engine that subsequently achieved numerous
victories in the North American SCCA championship at the hands of renowned drivers such as Phil Hill
or Carroll Shelby, who defined it as the biggest and fastest Ferrari built to date.