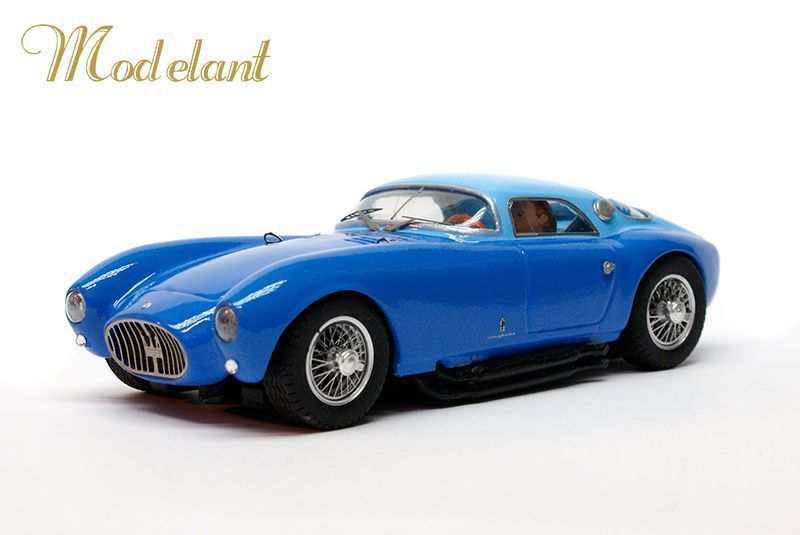 Designed by Aldo Brovarone in 1953 and bodied by Pininfarina in 1953/54 under command of the Rome dealer Guglielmo Dei, only 4 units of the Maserati A6GCS Berlinetta were built of what is considered the most beautiful Maserati in history.

Officially developed to race in the 1954 Mille Miglia as a coupe to protect the driver after the torrential rain of the previous year’s race, it was eventually scrapped due to the high temperatures reaching the tiny cabin. However, it was used in short races by private pilots. It featured a two-liter, six-cylinder in-line engine that developed 170 hp and an impressive 240 km / h of top speed.

In Modelant we wanted to pay tribute to the pilot Anna Maria Peduzzi, nicknamed La Marocchina for her dark skin and considered one of the best female drivers of her time, putting her at the wheel of the street version of the 2070 chassis originally manufactured with a Fantuzzi Spyder body, which she owned.