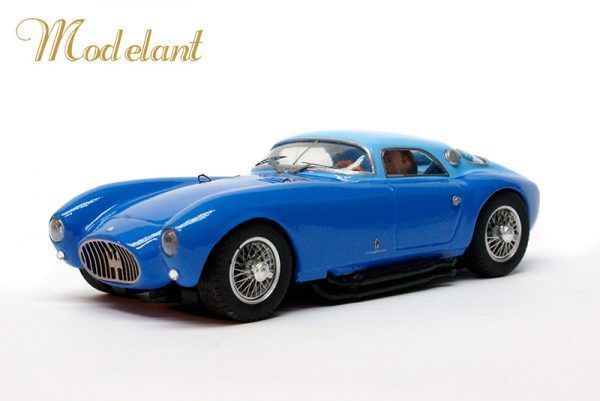 Designed by Aldo Brovarone in 1953 and built by Pininfarina in 1953/54ordered by the Rome dealer Guglielmo Dei, only 4 units of the A6GCS were built from the most beautiful Maserati in history.

Officially developed to compete in the 1954 Mille Miglia as a coupe to protect the driver after the torrential rain of the previous year’s race, it was finally disregarded due to the high temperatures reaching the tiny cabin. However, it was used in short races by private pilots. It incorporated an engine of two liters and six cylinders in line that developed 170 CV and an impressive 240 km / h of top speed.

At Modelant we wanted to pay tribute to the pilot Anna Maria Peduzzi, nicknamed La Marocchina for her dark skin and considered one of the best woman racer of her time, putting her at the wheel of the street version of the 2070 chassis originally manufactured with a Fantuzzi Spyder body. which she owned. 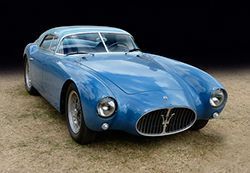 For our 1/32 scale replica we have followed the traditional philosophy of starting from scratch, from images, dimensions and color charts, keeping the scale, proportions and details of the original model as strictly as possible, and everything This is always done completely by hand and manually. 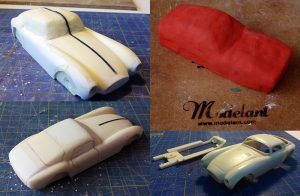 In this way, the reproduction and manufacture of the Maserati, along with the delays of the suppliers, has taken us more than a year, from the start of the project in October 2015 to its launch in January 2017.

An especially difficult challenge has been to detail the interior as well as possible, in such a small space. Two-tone dashboard with “Jaeger” watches, imitation wood steering wheel, red gear shift, doors and seats, fuel inlet, vents, rear-view mirror and above all a complete replica of the driver, with hand-bag included. 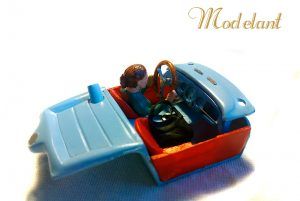 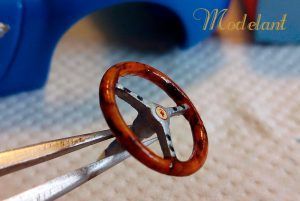 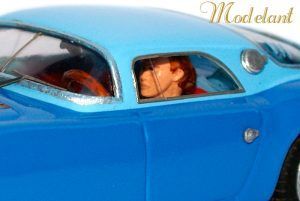 The chassis is also custom made of high quality resin, engine, guide and axle mounts have been screwed. Each unit has been shot individually to ensure proper operation on the track. Safe and reliable behavior with a magnet, and soft and docile for those who prefer to drive without a magnetic effect. 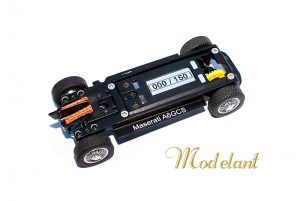 The presentation in a wooden box is already one of our signs. For this occasion, we used an open oak finish box with glass windows to serve as an exhibitor, and to refine the presentation, we have created a resin diorama inspired by the cobblestone streets of the time and in which we have incorporated a lamppost with a led bulb that works through a switch and a battery already included. 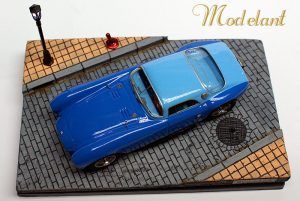 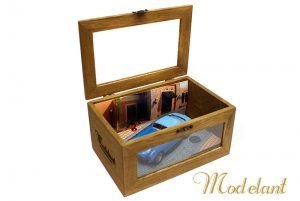 Production will be limited to 150 numbered units. 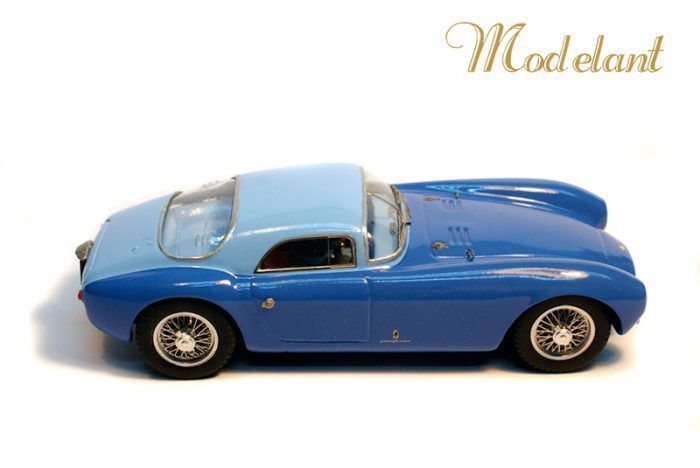 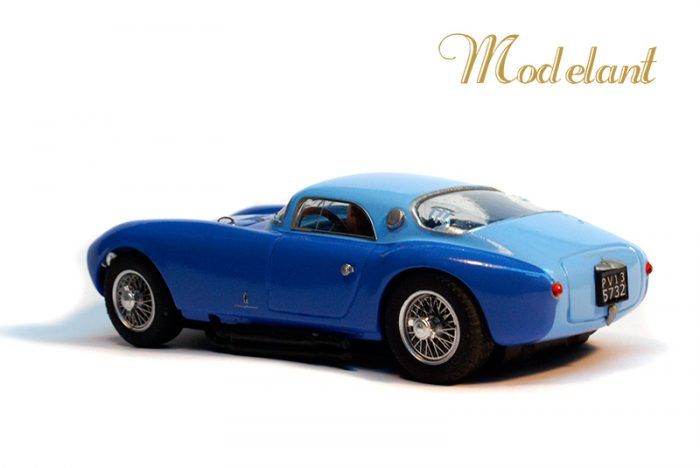 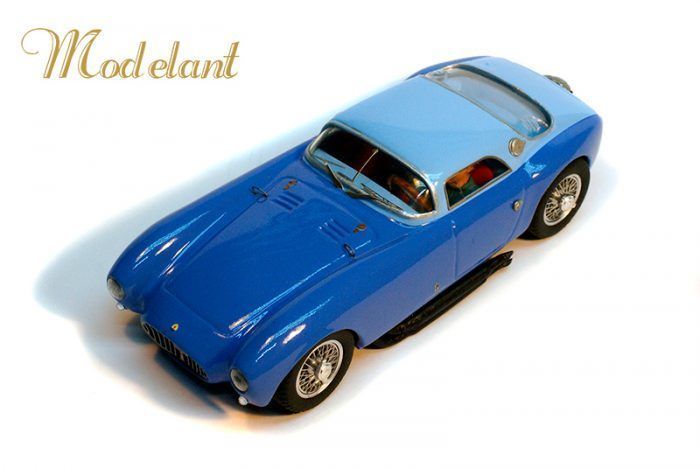 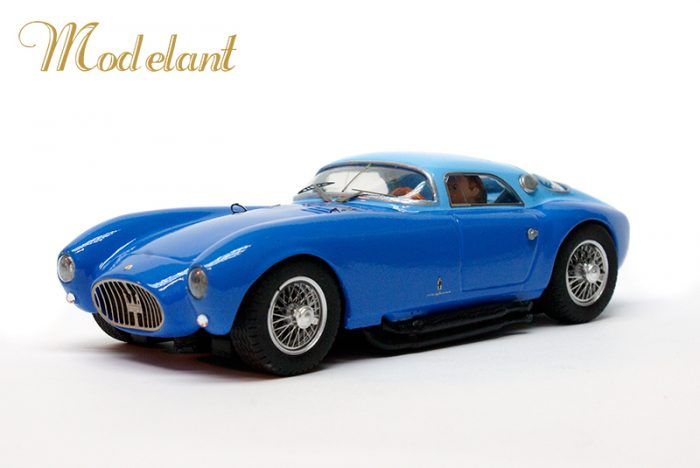 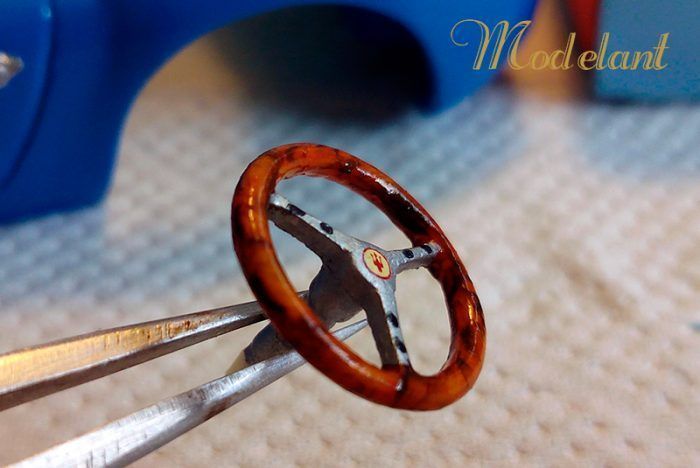 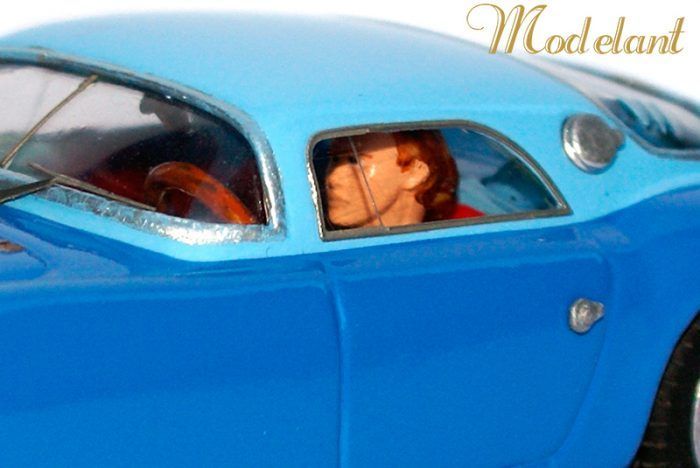 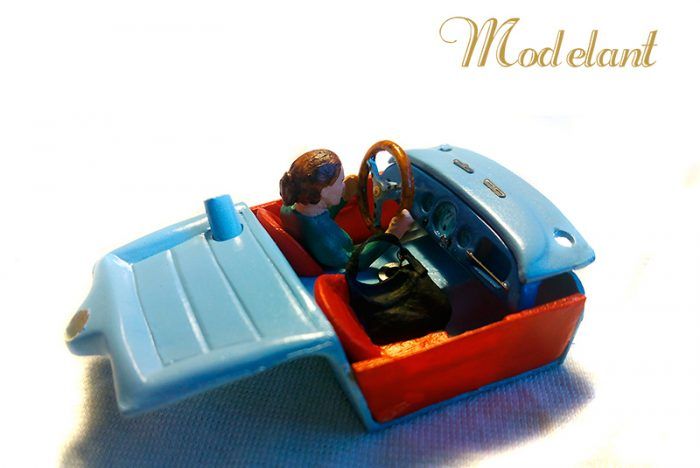 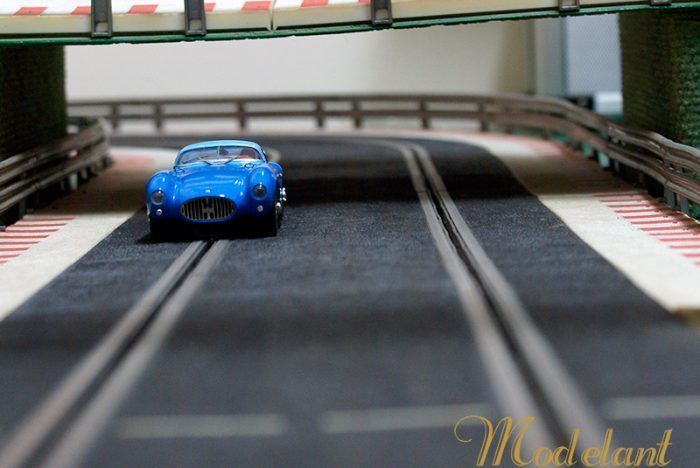 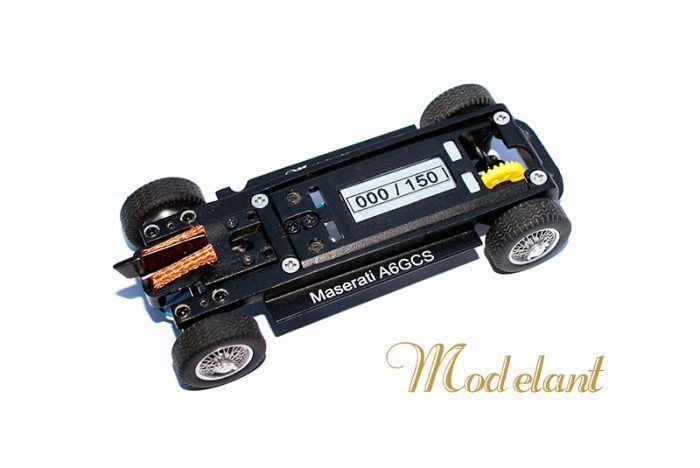 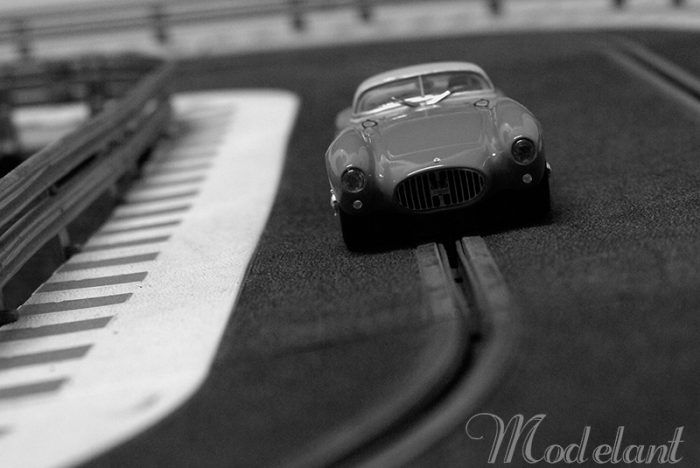 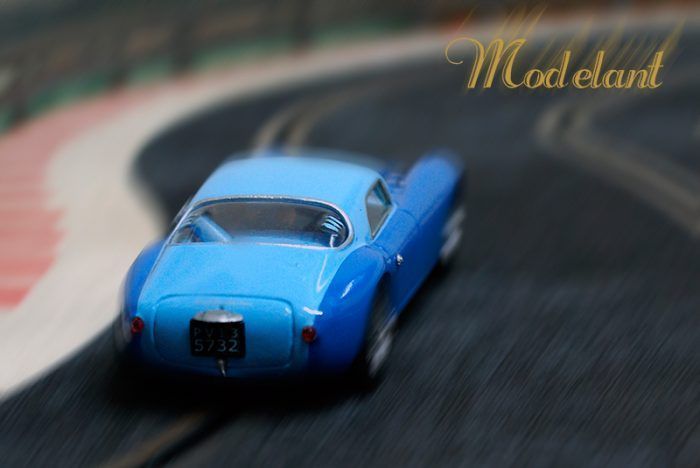 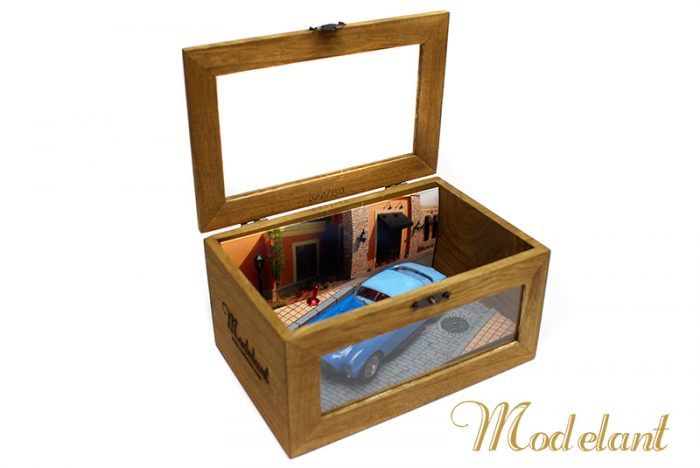 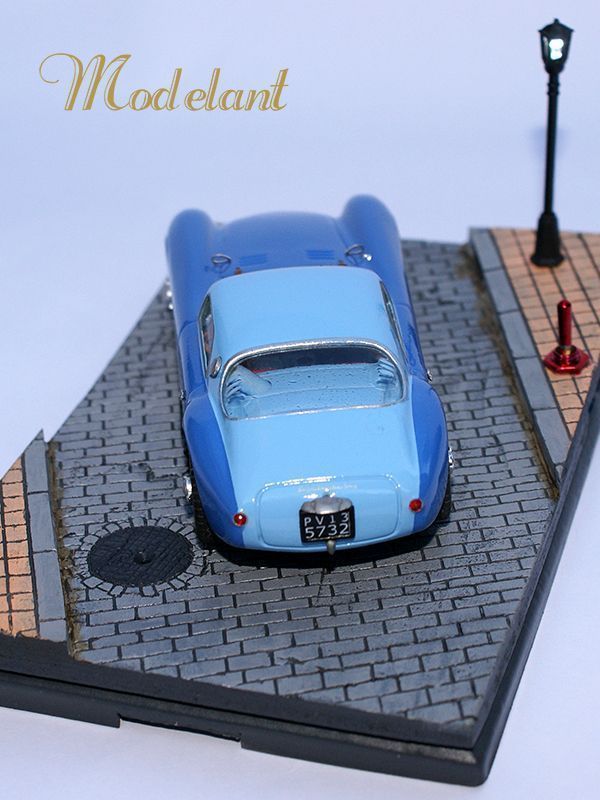 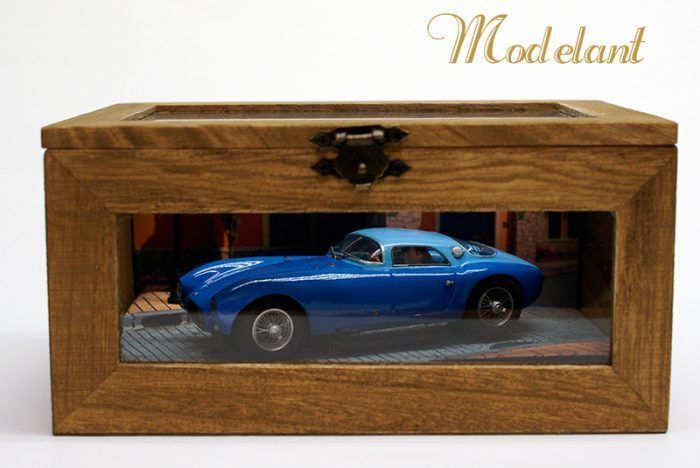 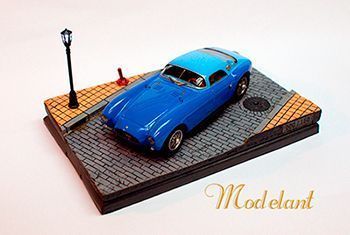