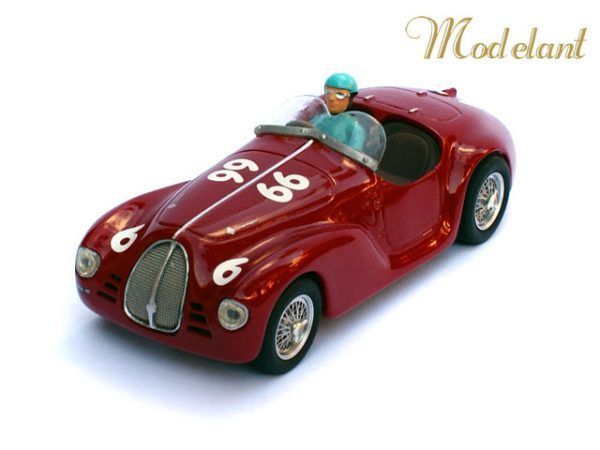 In 1939 Enzo Ferrari left Alfa Romeo due to the decrease in his influence as head of the competition projects and returned to Modena, firmly convinced of his ideas. However, the restrictions of the contract with Alfa Romeo made it impossible for Enzo to use his own name for four years in case of departure, thus appeared Auto Avio Costruzioni, a company specialized in the production of mechanical components for cars and airplanes in the old facilities of the Scudería of the street Trento e Trieste. Overcoming all kinds of obstacles and impediments, Ferrari and his team managed to build, in just five months, two small spiders commissioned by Antonio Ascari’s son, Alberto, and the Marquis Lotario Rangoni, called 815 and being considered the first Ferrari built.

The 815 was born with a Carrozzeria Touring design made of aluminum and magnesium alloy panels, and a chassis and a 1.5-liter 8-cylinder engine of Fiat origin that still amazes today’s engineers, the result of joining two 4-cylinder engines from the popular Fiat Balilla, it got 72 horsepower with a weight of 625 kg, capable of propelling the vehicle up to 175 km / h. They were entered in the 1940 Mille Miglia, leading their category, with a creditable tenth overall position and the fastest lap, until their abandonment due to mechanical problems with one lap to go, but Ferrari had shown everyone what he already knew He could build a competitive race car with only himself and his trusted team. Unfortunately, the war interrupted all activity related to competition. The unit driven by Alberto Ascari is the one reproduced by Modelant. 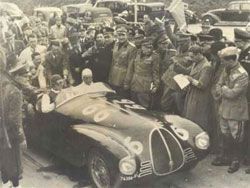 The Auto Avio 815 is the first Modelant car, and in it we have applied all our philosophy to create a purely handmade slot car. Designed from photographs and plans, modeled to a strict 1/32 scale from a block of putty using only manual tools, fleeing from computer assistance or industrial machinery, and manufactured in a traditional way, one by one and completely by hand.

Our replica has wanted to be faithful to the original model created by Enzo Ferrari in 1940, that is why sometimes you can find certain differences with the photographs of the current restoration, such as the inclusion of an interior rear-view mirror, front turn signals and rear headlights or the front and rear license plate holders, necessary to comply with current traffic regulations, as well as the ‘815’ logo, which did not originally exist.

For mechanics we have opted for MRRC, whose chassis gives it a noble behavior on the slopes, even though it is a product of a clear collector’s character, and it will be served in a transparent urn with a careful presentation.

Production will be limited to 300 numbered units and is available from December 2012. 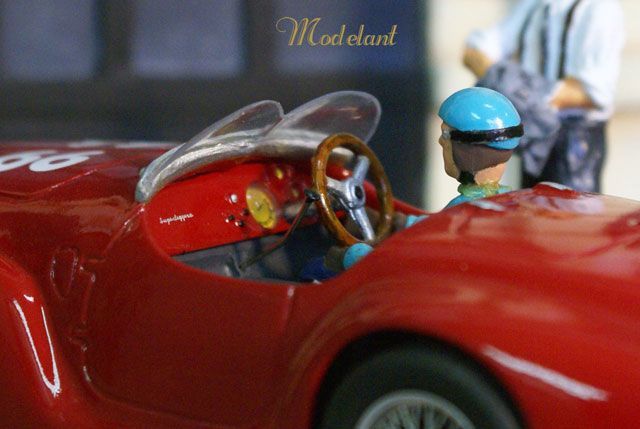 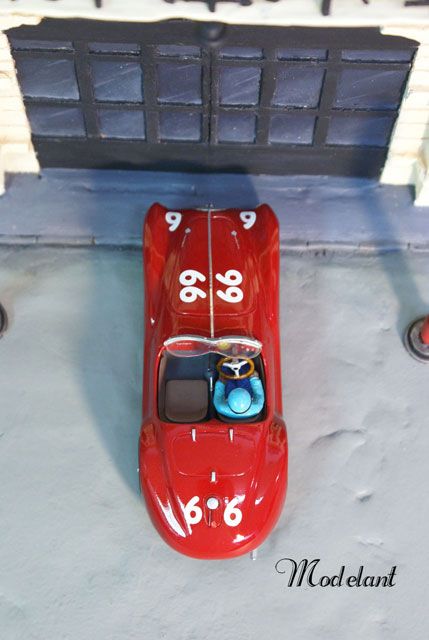 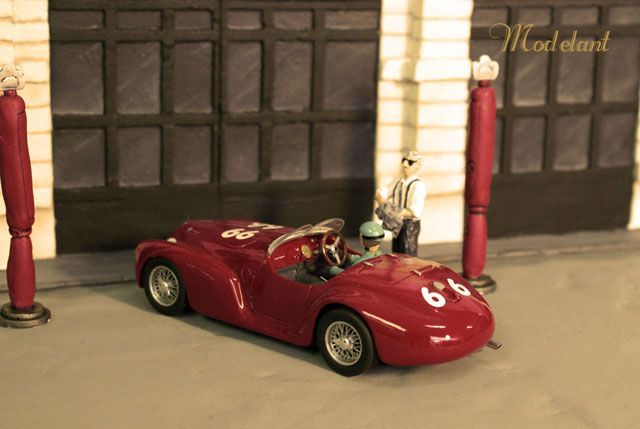 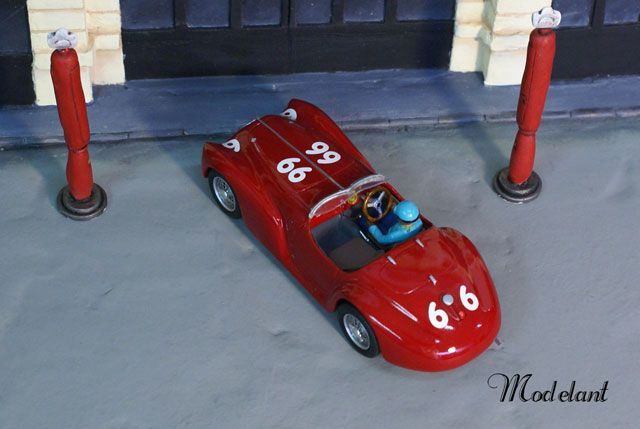 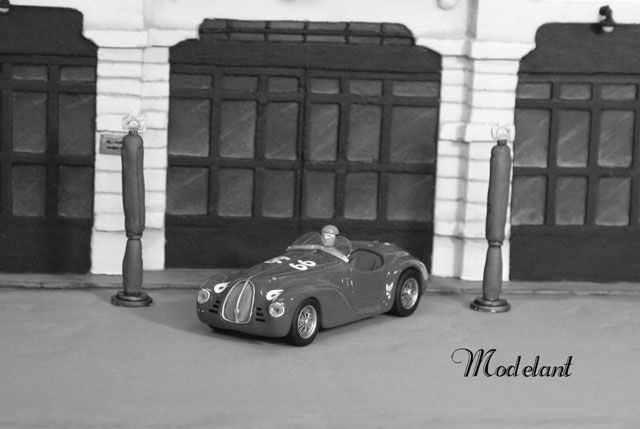 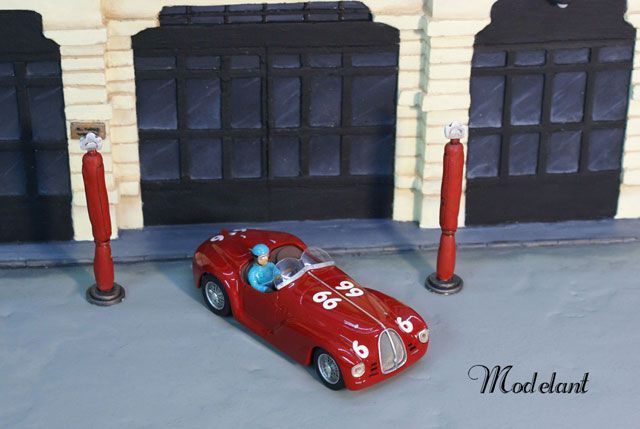 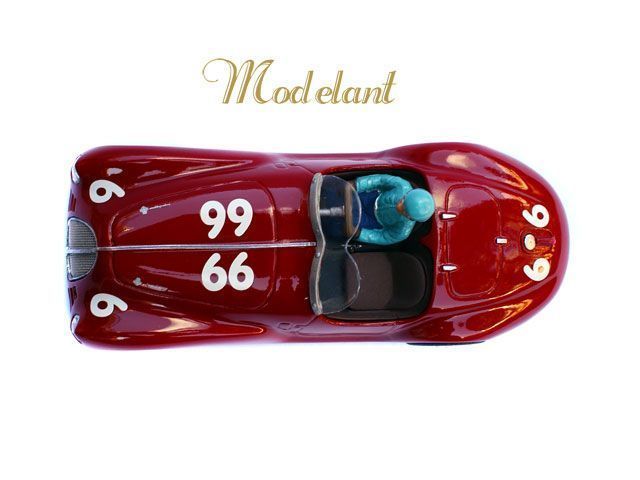 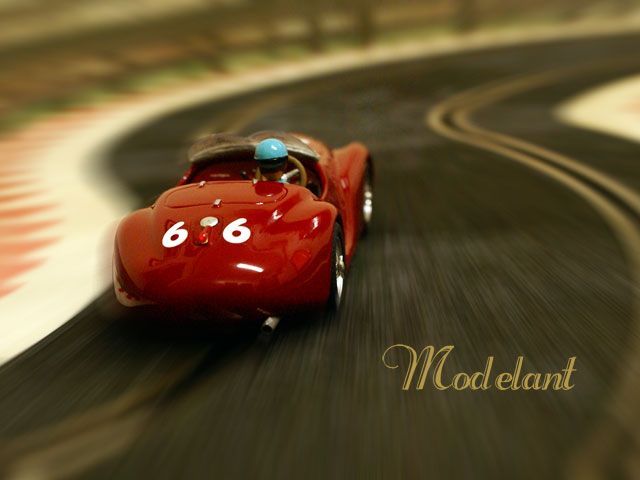 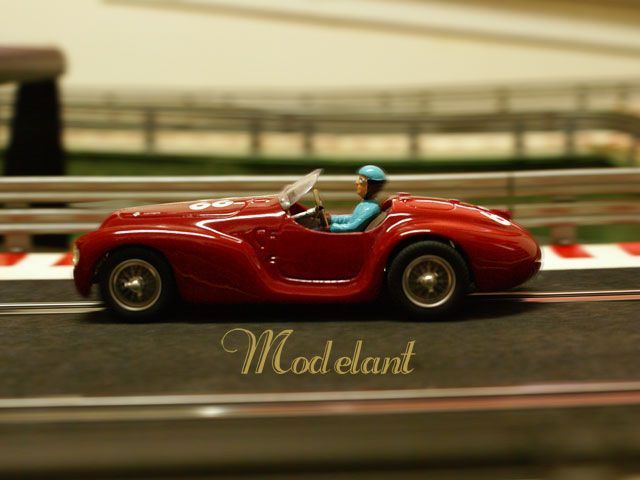 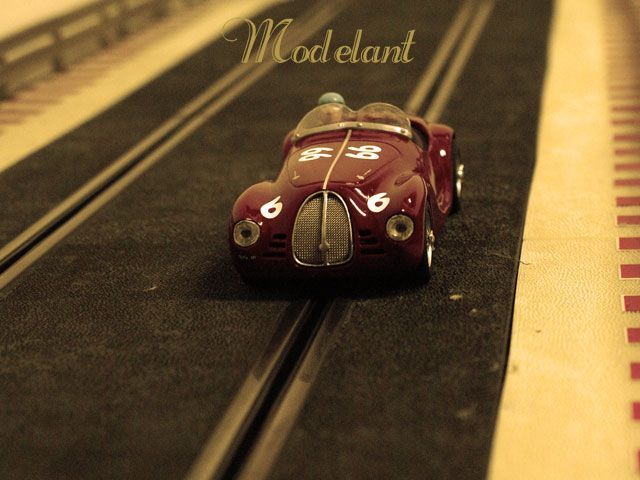 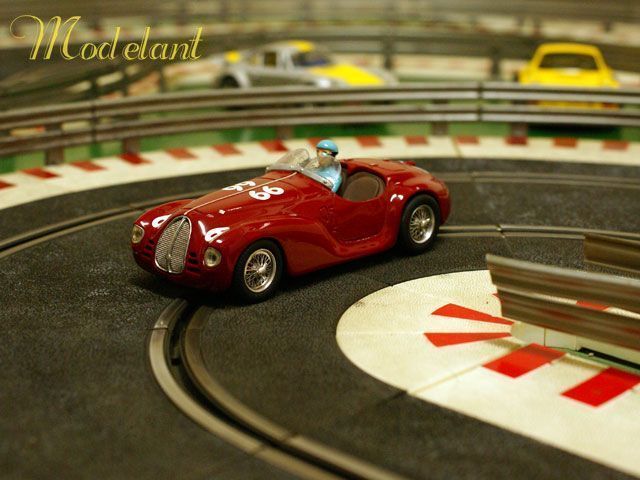 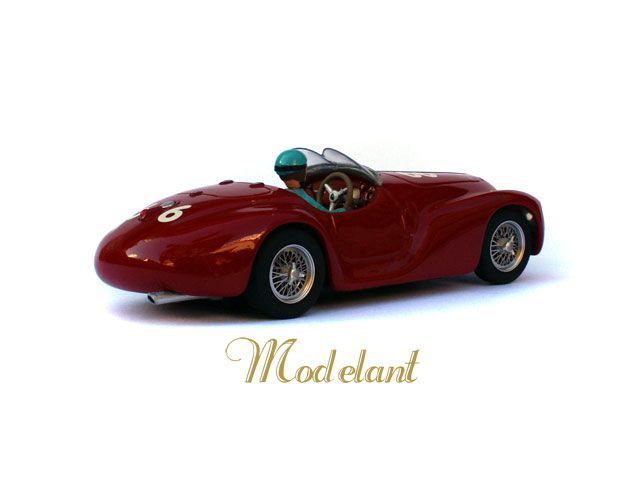 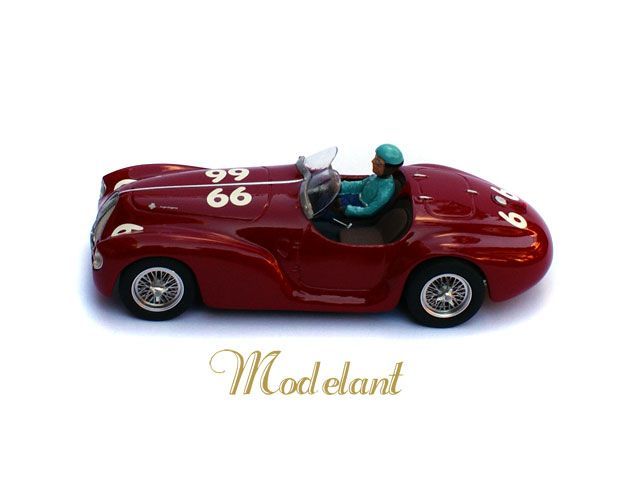 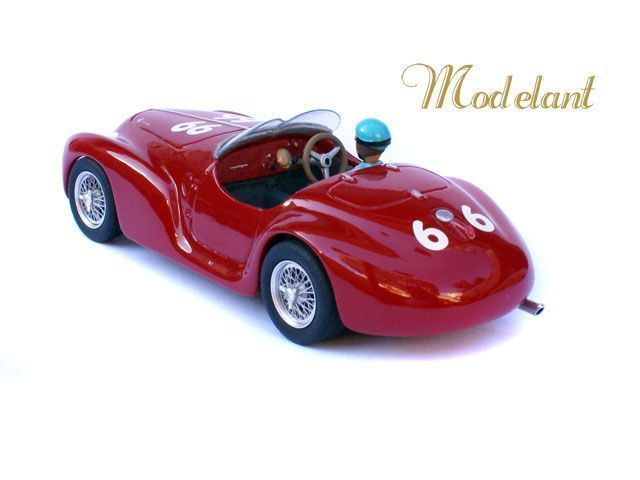 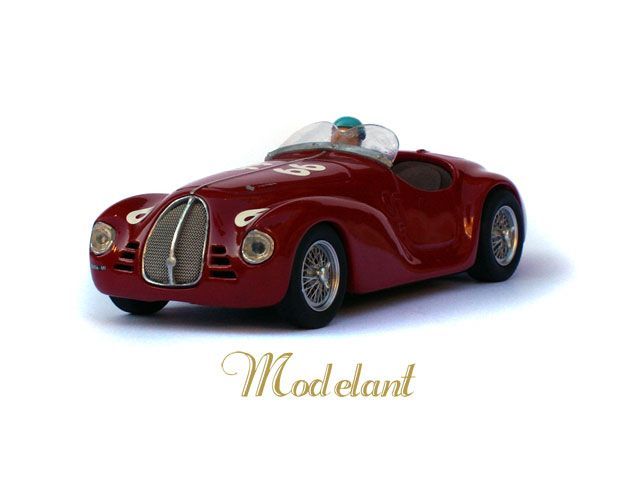 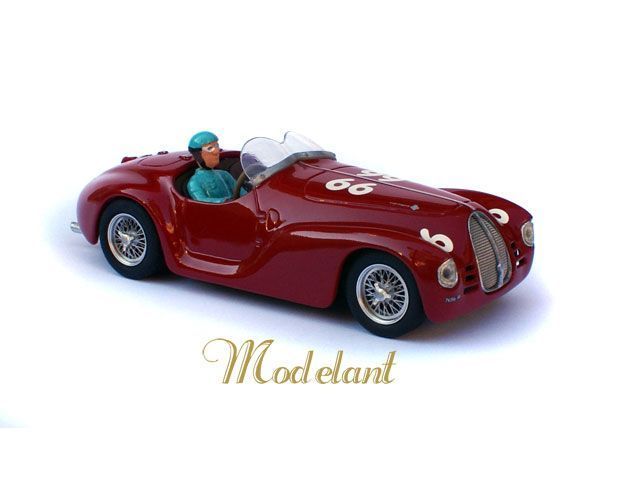 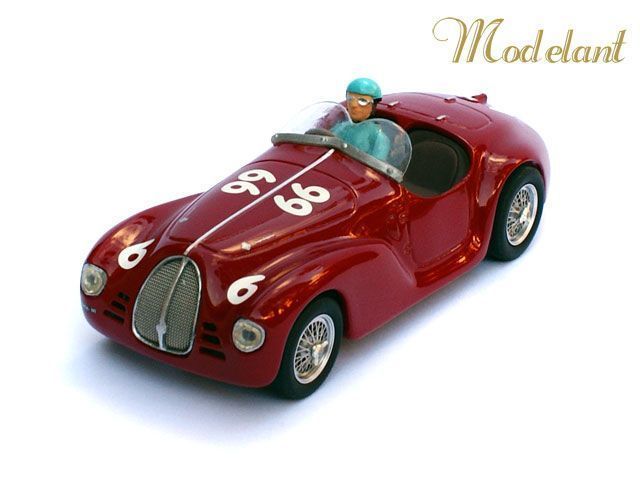 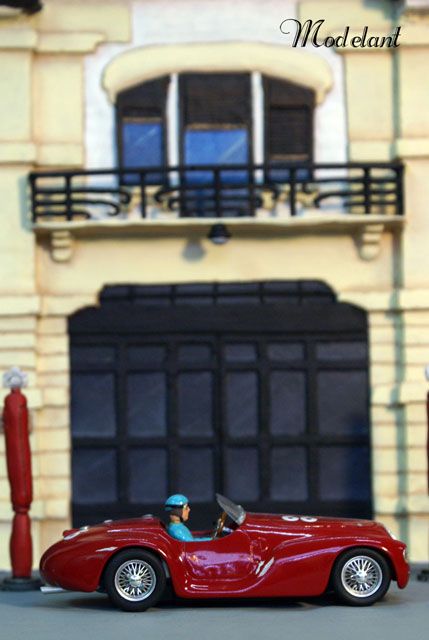